For additional information, please contact Angela Newland at 419-675-2442 or by email, anewland@questfcu.com.

The following items will be available at public auction. All items sold as-is.

The Annual Meeting is open to all shareholders of Quest Federal Credit Union and is an opportunity for member/owners to hear from the Board of Directors, Richard “Dick” Wilcox, and Quest CEO, Matthew Jennings; in addition, the Annual Meeting allows membership to hear about the election results for Board of Directors and Credit Committee positions. The Annual Meeting was called to order following breakfast, served by The Plaza Inn staff. During the Annual Meeting, Dick Wilcox gave his remarks about the successes of 2015. Matthew Jennings, CEO, also delivered remarks about the previous years business, goals for 2016, and presented awards to a number of employees & board members. The following employees/board members were presented with Service Awards & Quest Leadership Graduate certificates.

Elected Board and Committee 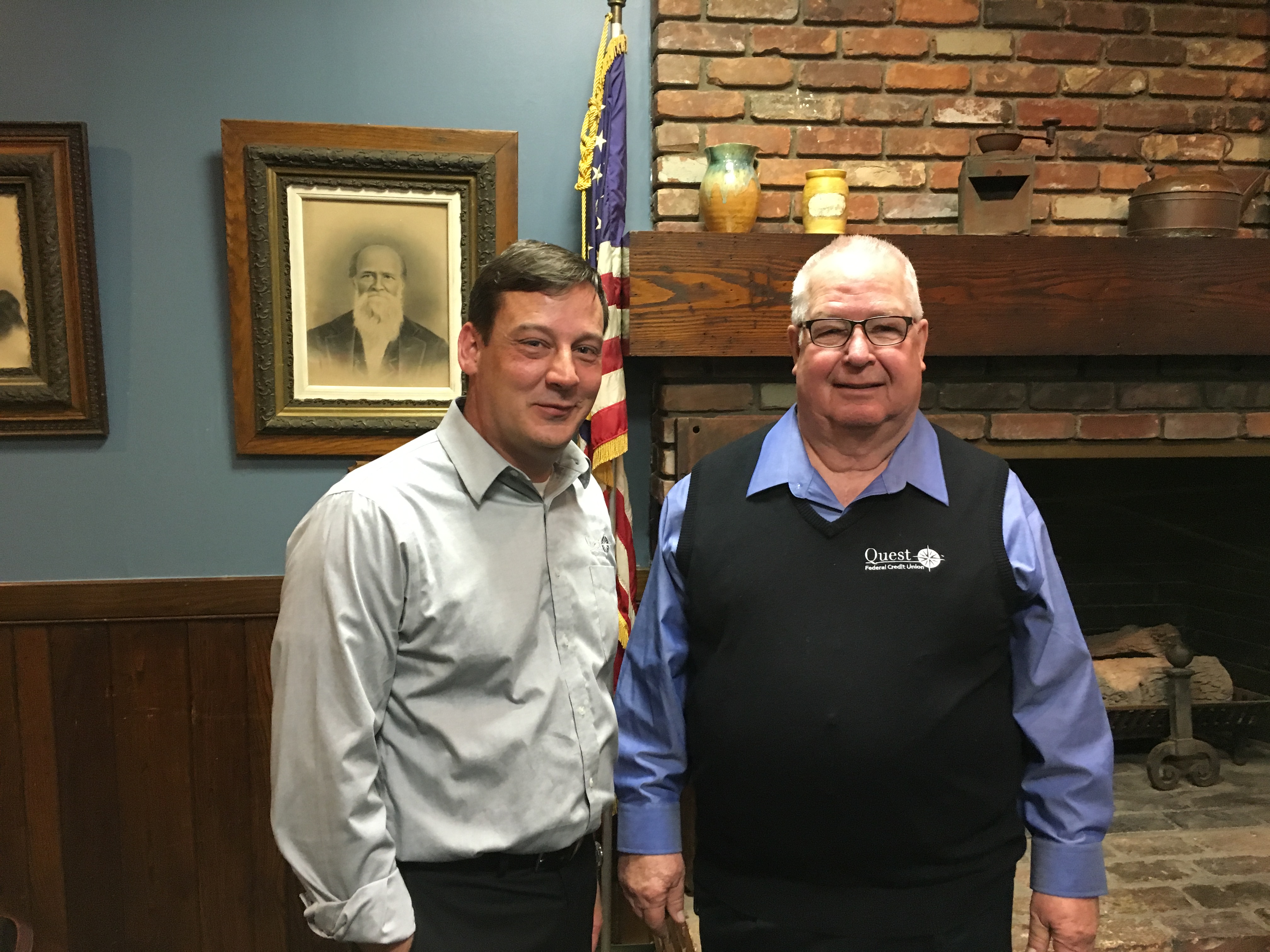 Chief Executive Officer, Matthew Jennings and Board President, Richard “Dick” Wilcox shared the successes of 2015 and the outlook and plans for 2016 at the Quest Annual Meeting. 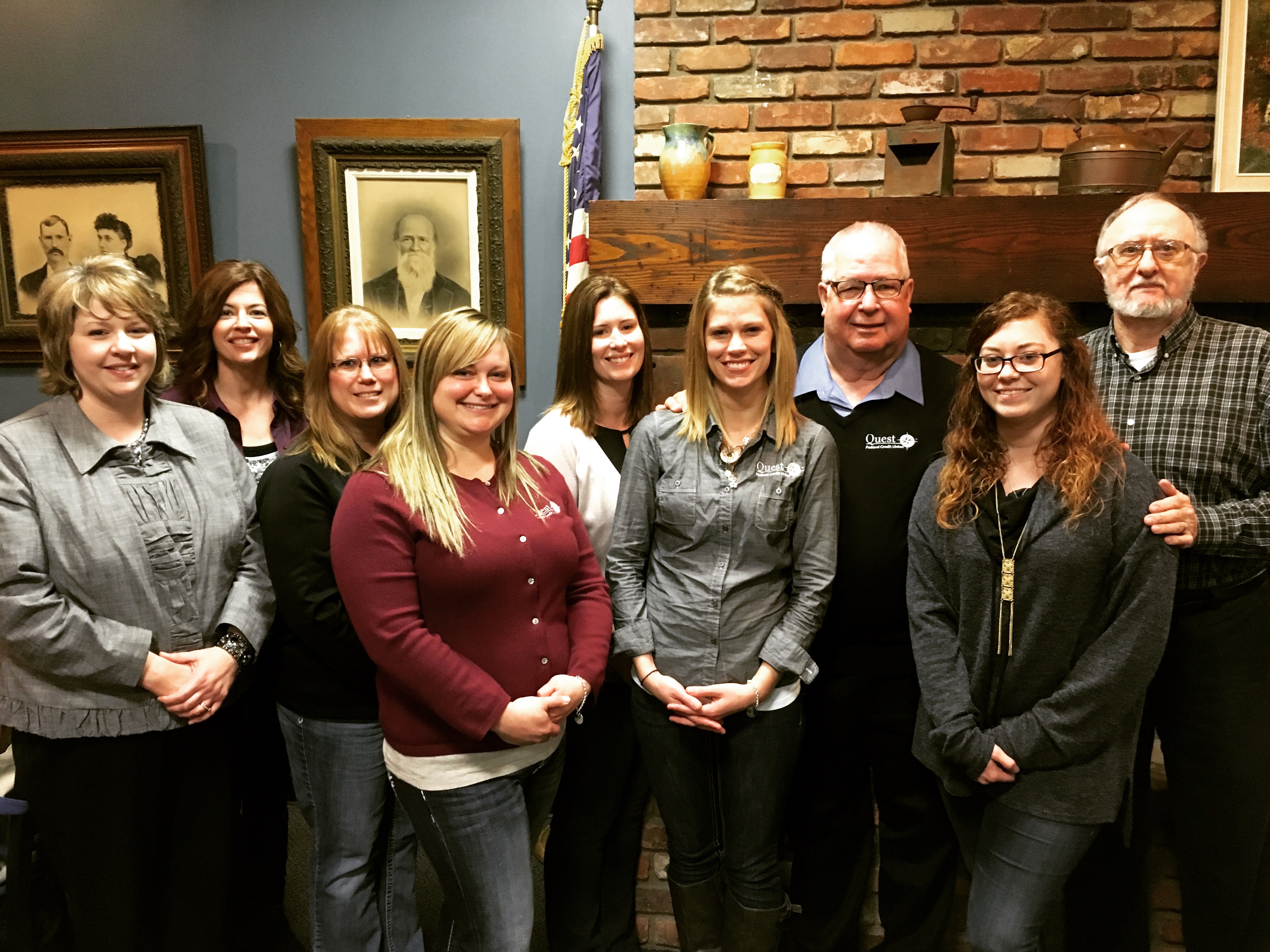 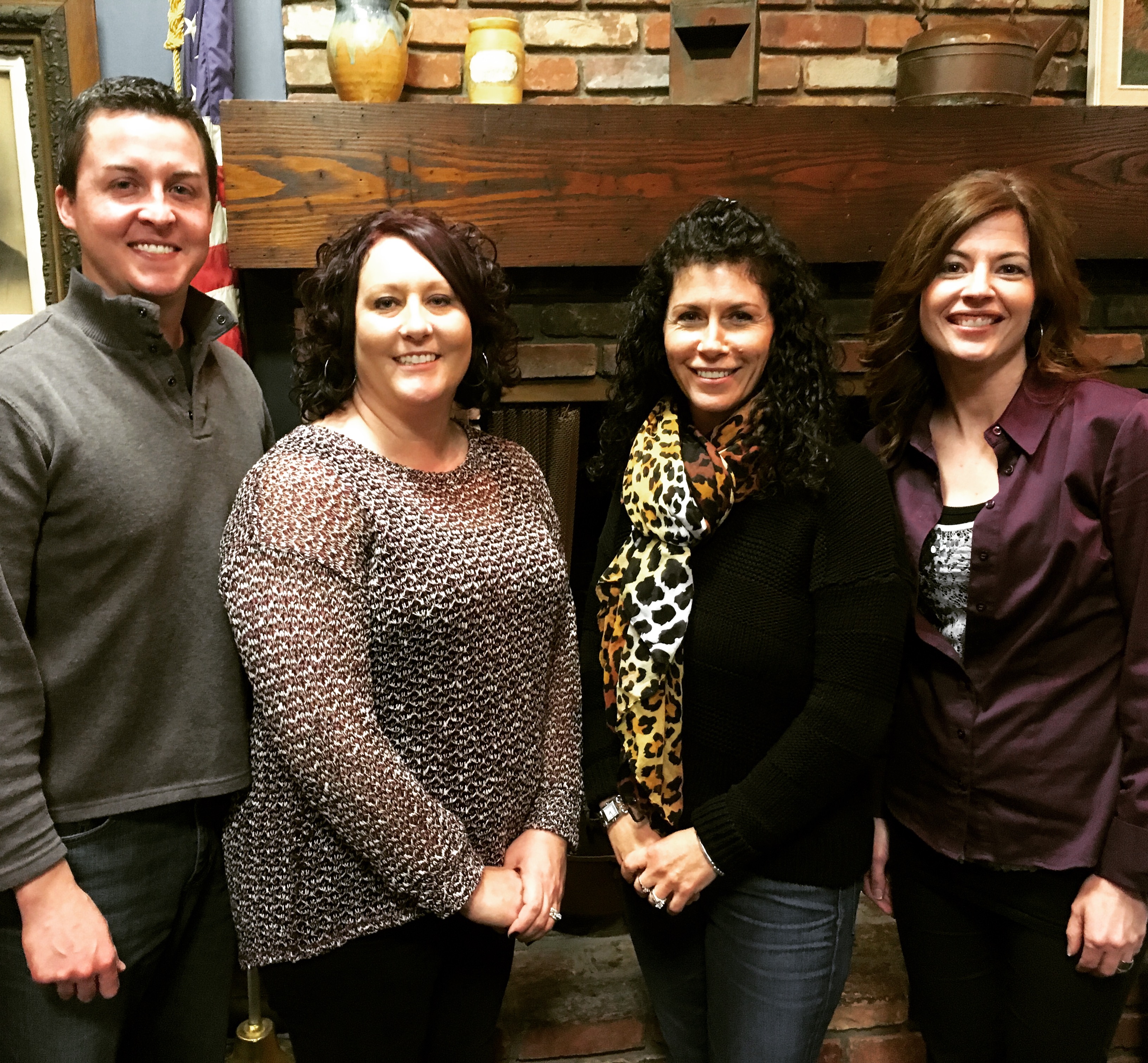 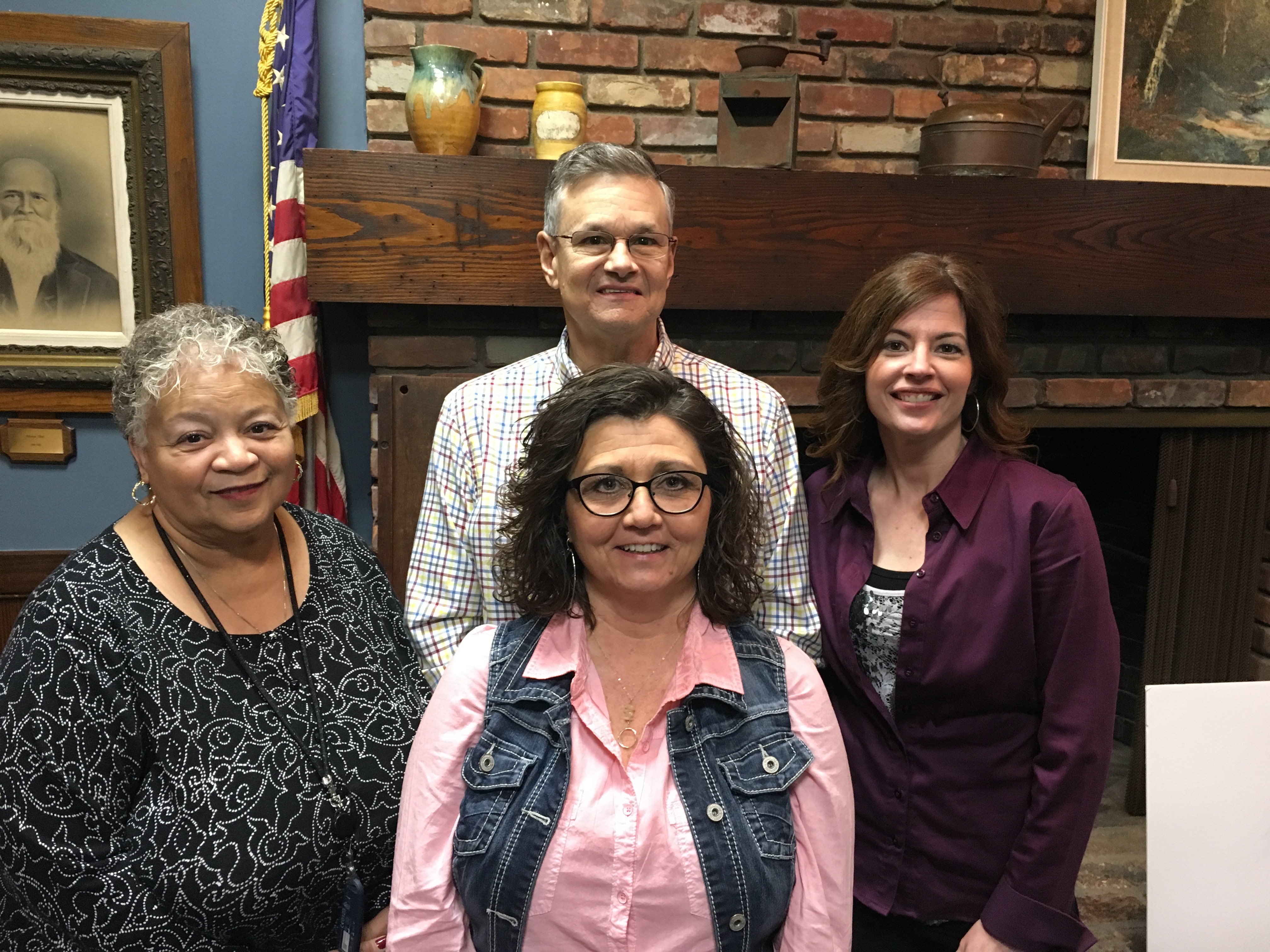 Board members Jacqueline “Jackie” Brown, Sarah Wirbel, and Terry Minter and Credit Committee member Camella “Cam” Hemmerly were re-elected to their positions on the board and credit committee at the annual meeting.

Thank you to all the member/owners who were present and congratulations to all Quest staff and board members who received service awards and completed the Quest Leadership program. If you were unable to attend, extra copies of the Annual Report are available at branches and for download here: 2016 Annual Report 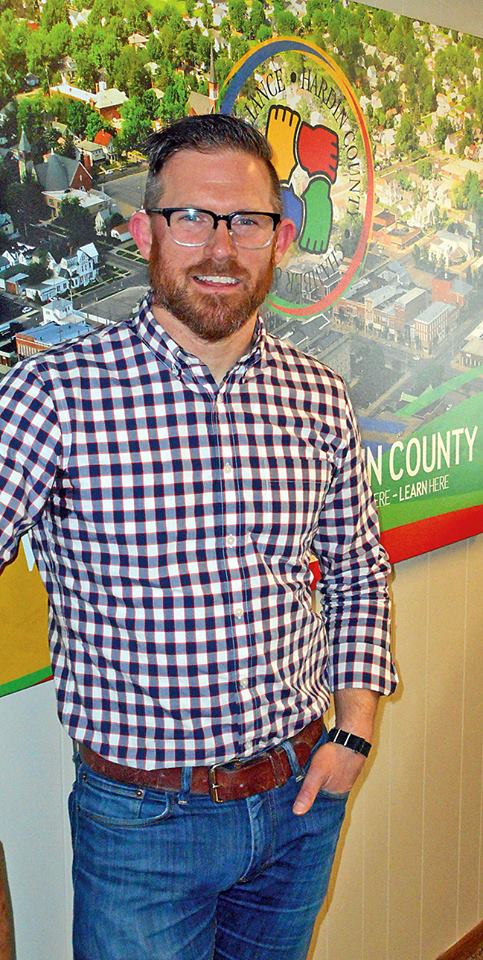 When a planned move to Columbus fell through nearly 16 years ago, Brian Sprang had no way of knowing the opportunities that would come his way in his hometown of Kenton.

Today, Sprang is in his second year as chief information officer at Quest Federal Credit Union in Kenton and is the new board chairman of the Hardin County Chamber and Business Alliance. A 1996 graduate of Kenton High School, he went on to earn a bachelor’s degree in business administration from the University of Toledo in 2000 with an emphasis on information systems.

When the Columbus opportunity failed to materialize, Sprang and his wife Abbey came home to Kenton. Abbey landed at Mary Rutan Hospital in Bellefontaine, where she is coordinator of the radiology department.

Brian was offered a position at Allmax Software in Kenton, where he stayed for 13 years. In June of 2014, Sprang started at Quest, where he is responsible for the company’s information technology and marketing.

Quest CEO Matt Jennings encouraged Sprang to get involved with the Alliance and that led to his becoming vice chairman of the board. A year later at the Alliance’s annual meeting last month, he moved into the chairman’s role.

Sprang’s initial involvement on the Alliance board has been at a time of major investments in Kenton, driven by the expansion of International Paper and the completion of the Kenton Elementary School.

The Sprangs are the parents of a preschooler and first grader who attend KES and he said both kids are excited to be at the new school.

Sprang said of his fast rise up the leadership ladder at the Alliance, “The previous chairman (Tim Street) saw qualities in me to know I could handle the job,” he said.

“It’s a very exciting opportunity. I’m happy to fill my role and responsibility in the next two years,” Sprang said.

He hopes his term will be as successful as the aforementioned growth in 2015.

Sprang believes a new organization structure will be a big benefit to the Alliance. The reform is a “bottom up perspective” with committees representing different areas of the Alliance reporting to the executive board, which he also chairs. The areas include economic development, chamber and tourism, community development and the historic courthouse district.

He said the committee reports “allow the board to have concise, yet fluid discussions” of issues affecting the Alliance.

Sprang also said changes have resulted in a “tighter knit group” on the board, along with fresh perspectives from three new board members.

Sprang is following in the footsteps of his late grandfather, Leo “Barney” Bernard, who was board chairman of its predecessor, the Kenton Chamber of Commerce, in 1960-61.

Sprang said the Alliance wants to pull in members from all communities in the county and work with area Community Improvement Corporations “to foster and develop those relationships.”

“We want to be an ally to the smaller towns and let them know we’re here to help them. We can pool our resources together which is better than working alone,” he said.

Sprang noted one of the discussions at Wednesday’s board meeting was how to improve the Alliance’s partnership with the Ada Chamber of Commerce.

The Alliance also can benefit members through technology. The organization has a new website which allows member businesses to promote themselves.

One thing the Alliance has done to try to increase involvement in the organization is to offer a free one-year individual membership to recent graduates of the Hardin Leadership program, he said.

Sprang believes the county is poised to see more retail and restaurant growth in the next 12 to 18 months, something he thinks will help attract young families to locate in the county.

“I think we have a lot of great things to offer,” he said.

The Sprangs have found that to be the case. They both have family in the area. Brian is choir director at Immaculate Conception Church and the fill-in organist. Both he and Abbey are active runners and Brian enjoys playing indoor soccer on weekends.

Please be aware that effective May 1, 2016, Quest Federal Credit Union will charge the following fees for unloading prepaid cards.